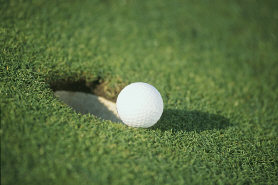 How confident are you?

With lower incomes, social security, and many living below the poverty level, senior citizens have to face retirement with an open and honest approach.  People are living longer and well past their retirement age, so some thought should be put into what the rest of their lives will be like.  “Whether you are just entering the workforce or nearing retirement age, planning for the future is critical.” – Ron Lewis.

There has been an increase in confidence about having enough money and managing debt among workers once the retirement age has been reached.  According to the 2016 Retirement Confidence Survey conducted by the Employee Benefit Research Institute, the percentage of workers confident about having enough money increased 8% from 2009 to 2016.  The somewhat confident crowd increased from 36% in 2015 to 42% in 2016, and the lack of confidence decreased 5% over the same time period.

Sixty-nine percent (69%) of workers report they or their spouses have saved for retirement, and whether they have saved or not varies by age.  Of the 25-34 year olds, only a little over half, 55%, have saved for retirement versus 77% of people 45-54.  The thought of what is needed to retire varies across the different age groups as well.  People 55 or older believe they can comfortably retire with less than $250,000 in savings while the younger 25-34 year olds believe they need at least double that amount.  There is an overall belief across all age groups (24 percent) who believe that $1 million is needed to comfortably retire.  Here is a question to start your plan.  What amount do you think you’ll need to be confident about retirement?

Our Effective Debt Collection white paper provides tips and advice from the pros on how to manage your collections.